Posted on October 1, 2012 by arlingwoman

Signage.  It isn’t something most people think much about unless it’s lacking or intrusive.  I have been thinking about it lately because I often see people at the Central Library garden walking along reading the signs.  Sometimes they go from the garden close to the building all along by the tennis court reading the signs and looking at the plants. 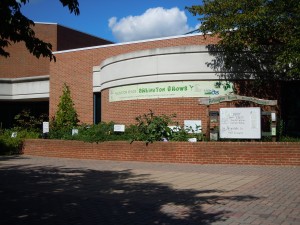 You can start here reading the signs, or over in the parking lot by the tennis courts.

That’s part of an educational space, and I hadn’t thought much about it until I was talking with a neighbor about the Plot Against Hunger and mentioned that the Library garden was part of our efforts.  She smiled and exclaimed “Oh that’s yours?  I love the signs.  It’s like reading a story.”

Our signage maven is Don Weber, of USDA.  And he has, in fact, made a story of many of the signs.  Earlier this year, a rabbit was eating the pole beans as they came up, causing many people to ask where the beans were.  Don added a sign “What’s with the Pole Beans?” explaining that the pesky lagomorph was eating them and that we were fencing to keep it out.

Info on the bean tipi, plus why there are no bean plants…

Signs also tell plant history and lore, such as that of the eggplant, member of the nightshade and native to south Asia.

In some cases, the signs tell when crops were planted, so people will know what they look like through various stages.  They also give information on type of crop and nutritional content.  This way, when people see a new plant, they can identify it and learn how it is prepared.

And then there are crops people may be very familiar with, such as sweet potatoes, but not know what they look like when they are growing.  These are signs where you see people saying “Wow.  I had no idea…”

And you just thought these were some kind of vine, didn’t you?

Part of the purpose of the library garden is also to let people know what they can do in particular spaces—in Arlington, that’s mostly small.  So we have labeled our square foot garden and our self watering containers from Rooftop Roots.

All in all, someone interested in starting a garden could peruse the Library garden’s signs, then head into the library for the right reference books to guide them.  At least that’s one of our hopes.  We also hope that people simply enjoy the fact it’s there. 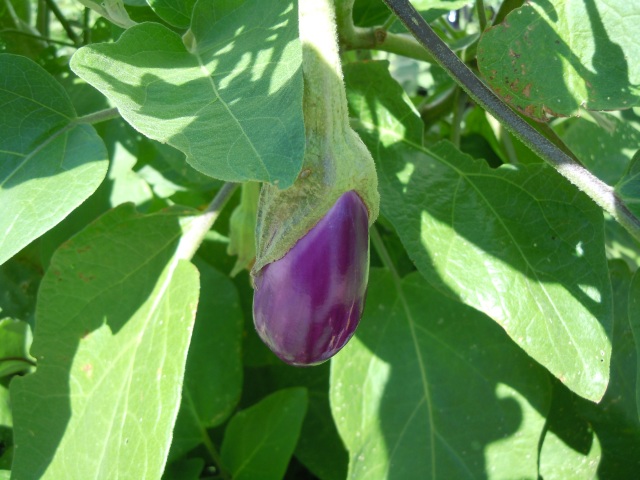 4 Responses to Central Library Garden: the Signs Tell a Story