In the past week, I’ve had the pleasure of meeting people whose blogs I follow. It’s been amazing. They came from nearby in Virginia as well as California, Canada, and New Zealand. We began with a lunch party organized by Laurie of Life on the Bike who then whisked Alys, Kelly, and Pauline away to Radford for a few days. 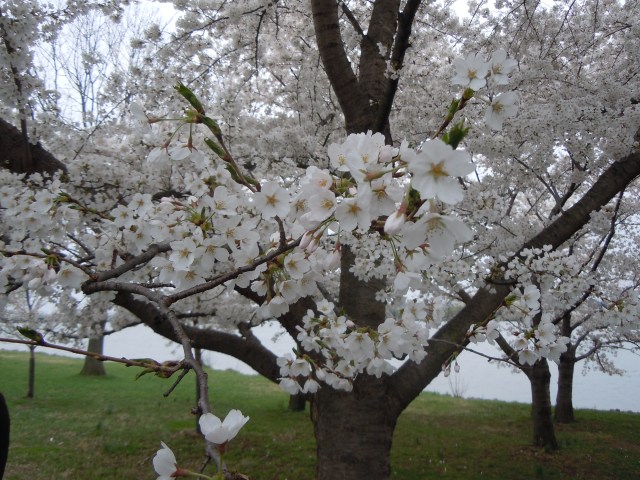 The blossoms that have their own festival!

On their return to DC, they wanted to see the Cherry Blossoms down at the Tidal Basin, so I met them at their hotel in Dupont Circle and proceeded to walk their legs off. First we visited Einstein at the National Academy of Sciences. Since I work nearby, Einstein is often a lunch companion in good weather. 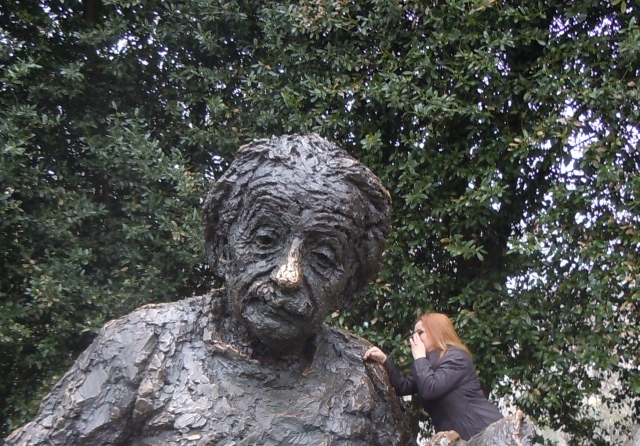 Kelly had some things to impart to Einstein. He seems to be listening.

Then Alys took this photo of Pauline, me and Kelly schmoozing with the great man.

We moved on to the Lincoln Memorial, which is always mobbed, but from which you can view the whole length of the Mall and in which you can read the masterful second inaugural speech as well as the Gettysburg address. 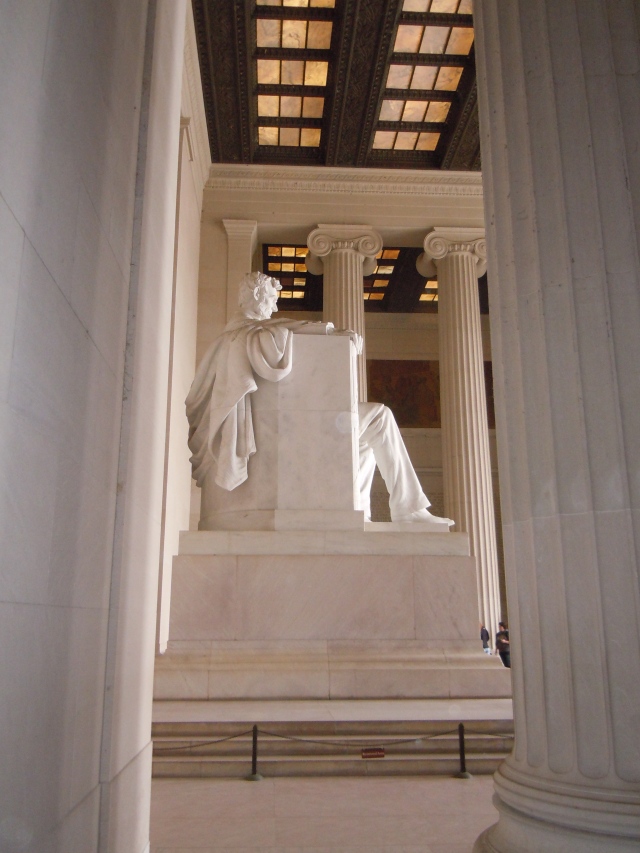 This is a view from Lincoln’s south side. Kelly noticed that the cloak hanging on the back of the chair had seams sculpted into it.

After that, we were on our way down the river path I normally cycle toward the Jefferson Memorial and the cherry blossoms. 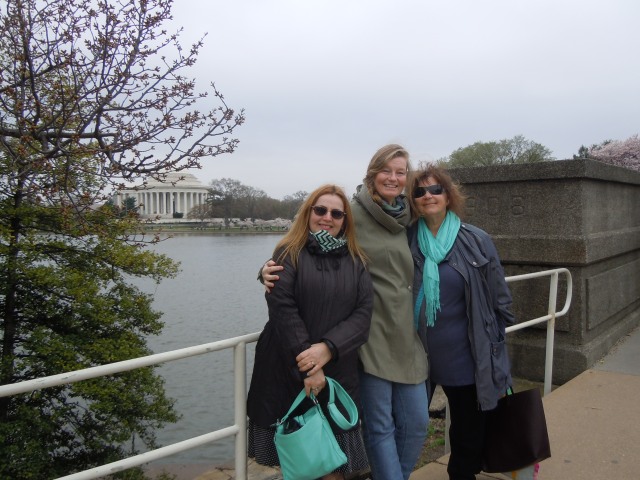 Here they are, the widely traveled bloggers: Kelly, Alys, and Pauline, almost at their destination!

Before visiting Jefferson, we stopped for a chat and a photo with George Mason. Mason wrote the Virginia Declaration of Rights, which was widely copied by the other states and became the basis for the Bill of Rights in the Constitution. He was someone who stepped into public life when he was needed and went back to his farm when he perceived his job finished. 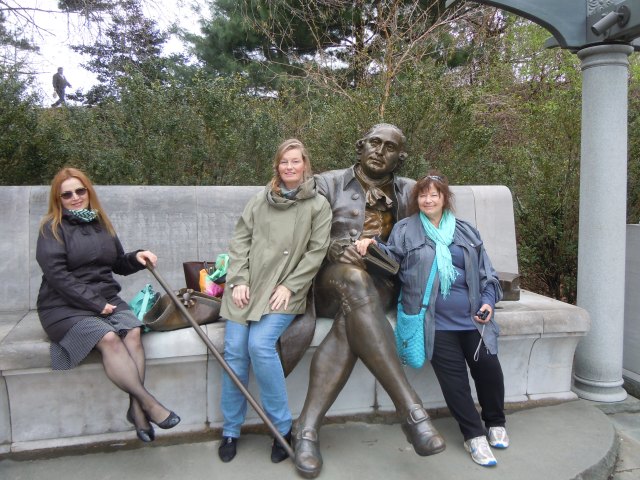 I think Mr. Mason looks as though he’s enjoying this visit!

Mr. Jefferson was waiting when we got there, his gaze out at the cherry blossoms. 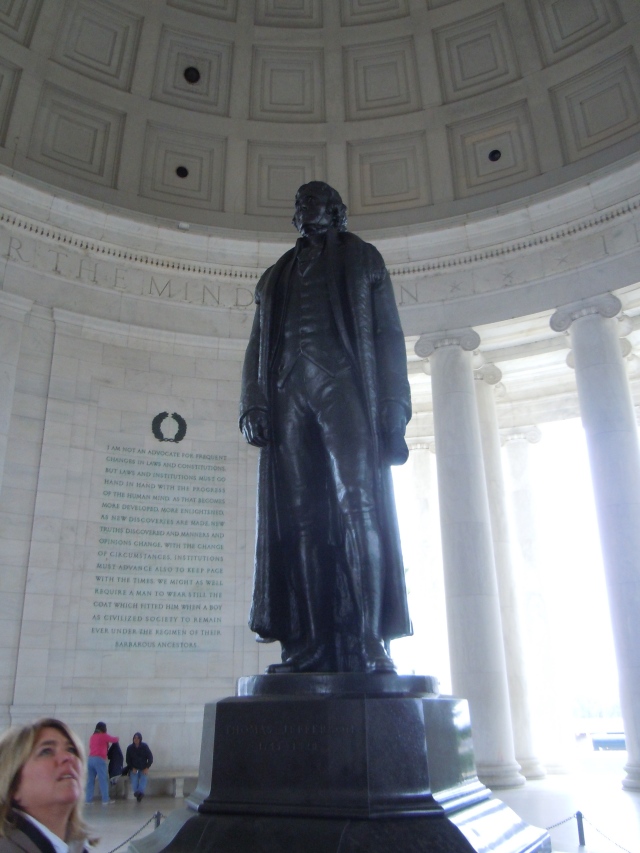 I hadn’t been to the memorials for a while and it was good to be reminded of the ideals and intellect and grit of these founders and forebears. There is no politician today who would deliver a speech as concise, honest and compassionate as Lincoln’s second inaugural. Critical thinking, thoughtful debate, reflection and intellectual rigor provided the foundation for a fledgling country. We do well when we practice those same disciplines. It was refreshing to realize this again in the company of friends whose creativity inspires me. 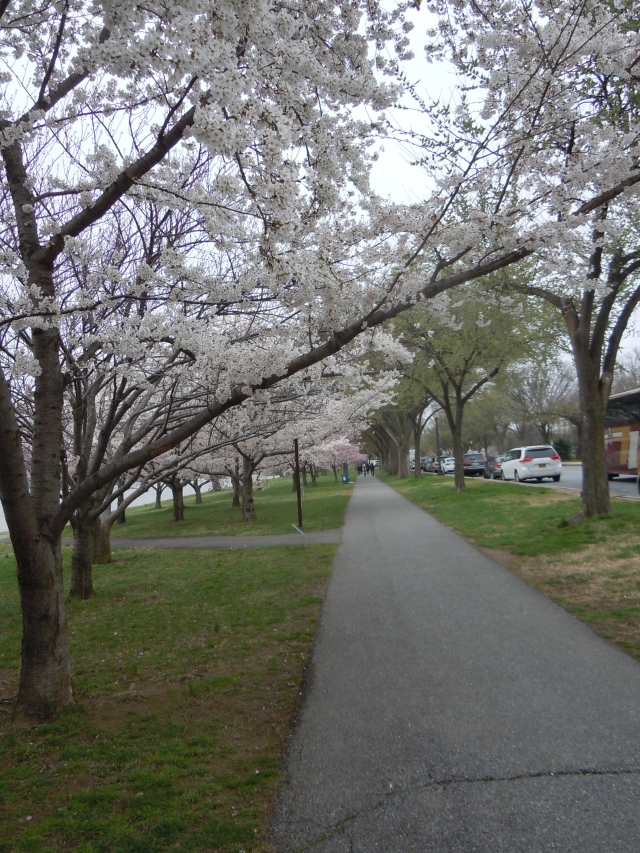