Quick Escapes: A Closer Walk in the Woods

Posted on November 1, 2015 by arlingwoman

I had another Saturday jam-packed with errands, laundry, cleaning and grocery shopping vaguely planned in my weekend-fogged brain when I got a call from my friend Paul wanting to get out into the gorgeous day. What a great idea! We agreed on Roosevelt Island, which is about a 15 minute walk from my home, and which I am normally kayaking around. 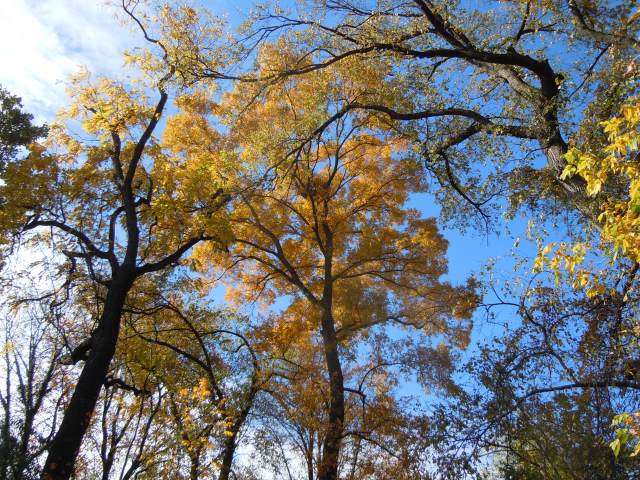 Now why would anyone clean house on a day like this?

It is an 88 acre island in the Potomac between Key and Roosevelt bridges. In the 1930’s the Civilian Conservation Corps turned it into a memorial to Theodore Roosevelt, our 26th president and a complex and varied character, known for his foreign policy, corporate reform, and conservation of wild lands. People who only know about his foreign policy should dip into his writing on wilderness preservation and trust busting, which are radical in today’s terms.

The island is full of beautiful paths.

The island has miles of walking paths through upland forest and marsh. Paul and I circumnavigated it, fellow gardeners noticing native and non-native plants, as well as bird life. This is a varied hardwood forest, with different kinds of oak, tulip poplar, walnut, hickory, and probably some ash. On our way to the marsh, we saw this fallen tree.

I offered to give it some scale. Huge. 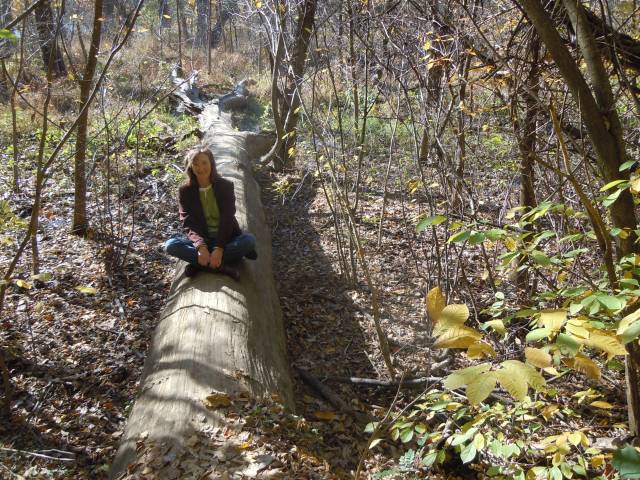 Because the waters of the marsh are tidal and rise and fall with the level of the river, there are raised walks.

This place is also duck heaven. 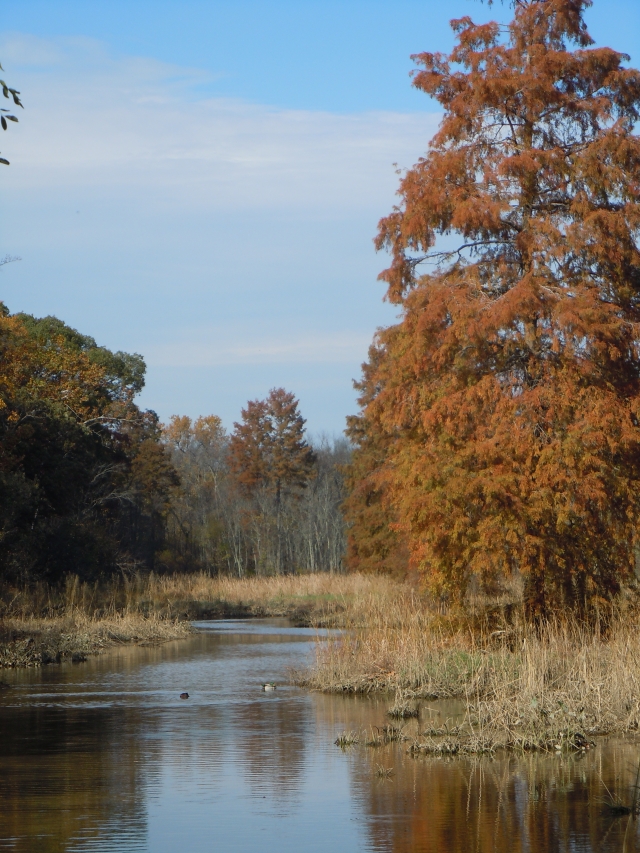 My duck picture was blurry, but this one shows the bald cypress, getting ready to drop its needles.

We noticed a lot of cat tails and other marsh plants.

That’s the Kennedy Center through the undergrowth and across the water.

Even in dappled woodland light, you’re never far from the city, which is what makes this such a lovely quick respite and a miracle of preservation.

I was trying to catch the light on the water. The mud shows it’s low tide.

On our way to the central part of the island where the memorial is, I spotted this wild ginger. It looked like a nice little colony.

The memorial has a statue of TR, and in the warm months, has working fountains and a man made moat, over which small bridges lead out to the rest of the paths.

It’s quite a nice memorial space, with willow oaks planted around it.

It also has quotes from Roosevelt’s speeches and writings. Not among them is “I can run the country or I can watch Alice. I can’t do both.”

Paul did not pose with his arm up, like lots of other people coming through. He was intent on one of the stone benches…

On the bridge off the island, while I was gaping around at the water, Paul said, “That guy’s proposing.” We and a dozen other people stopped to give them space. I didn’t capture the down-on-one-knee actual proposal, but here is the aftermath. Best wishes, you two! 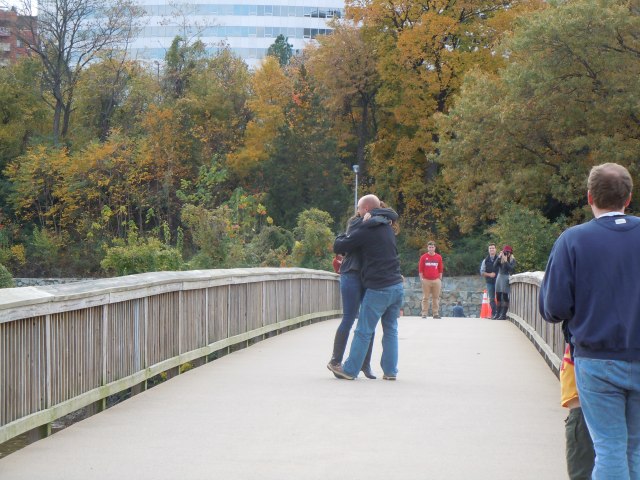 I hope they have many happy returns to enjoy each other and the beautiful views.

Potomac Boat House, viewed through an arch of Key Bridge.

35 Responses to Quick Escapes: A Closer Walk in the Woods