I was at a conference in Chicago, meeting a friend and colleague for afternoon coffee when she was arrested by one of the ubiquitous flat screens tuned to CNN. We both stood for a moment, taking in the first news of what would be an extensive terrorist attack in Paris. 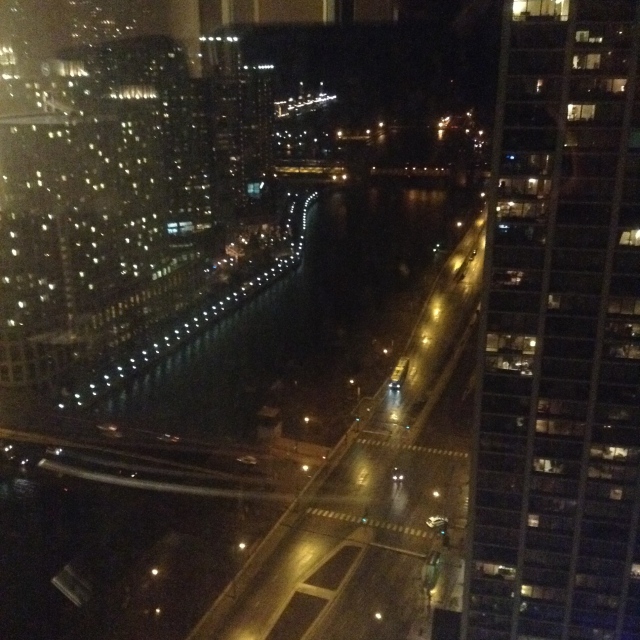 We ordered coffee and talked about our respective organizations, monitoring and evaluation, foreign assistance and new collaborations. Both of us knew whatever was happening in Paris would unfold over a few hours and we would hear a lot of misinformation. At one point, Liz, a mother since February, glanced at the monitor behind me and I turned around to look as well.

The view in daylight.

Neither of us was eager to try to formulate words that would make any sense of what was looking to be an extensive tragedy. She said, “Sometimes I look at the world and think maybe…” She paused and I thought, “we should just go to the north woods and go off grid.” Then she finished: “…we should move to Iowa and get away from this.”

Celi of thekitchensgarden hasn’t exactly gone off grid, but she’s come close and her response to this tragedy is powerful. I agree with her that there is some sense of having seen this before. Dorothy Parker comes to mind: “What fresh hell is this?” We all should, ultimately, formulate some response. How are we meant to go on? 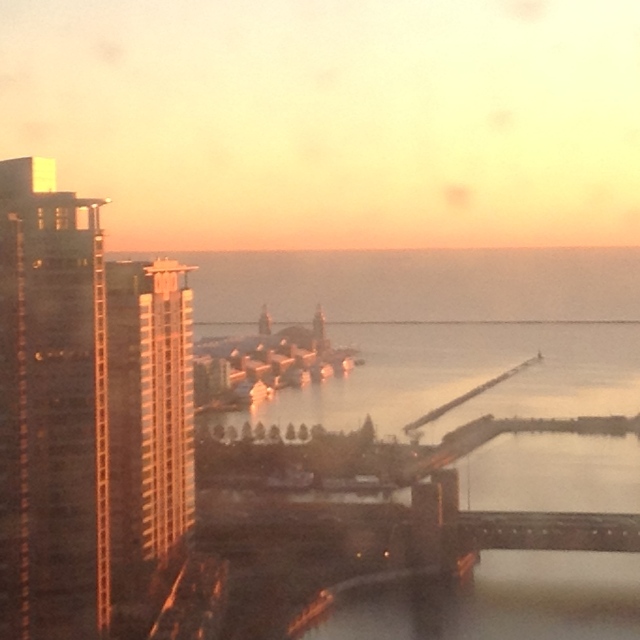 And in the glow of sunrise.

The thing that struck me as I absorbed more news Friday evening was that Parisians were going onto the streets of their shut down city and bringing people who had no way home into their homes for the night. So we see on one hand the worst humankind can do and the best. Fanatical hate and unifying love.

The Tribune Tower at the beginning of the Magnificent Mile.

Love won’t stop terrorists. I know there has to be another response, but the way we react to the horror will help us as we live our lives, and help survivors of the attacks. In Chicago, I was struck by how beautiful the city is, its gorgeous buildings, the ever-changing lake. And flying home, I felt calmed by the vision of the beautiful green world beneath the plane, and my first glimpse of the Potomac as we flew east and south over Maryland found it flecked with the golden light of mid-day.

Chicago from above. Navy Pier in the glow below the wing.

We are all here on this fragile sphere spinning through the universe. Not everyone is calmed by nature and not everyone sees beauty in the same things, but I hope we can find strength in the beauty around us as we see it and unity with our fellow human beings–in the same way that many of the people leaving a soccer stadium in Paris did so singing the Marseillaise and many in the city opened their homes to strangers. 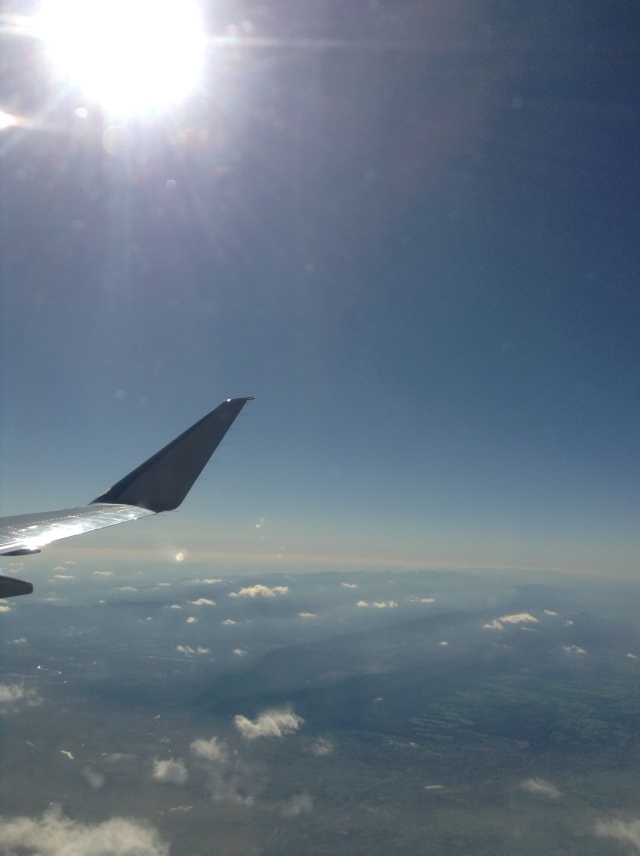 Crossing the mountains on the way east

This entry was posted in Community and tagged Chicago, Paris attacks. Bookmark the permalink.