I am having the loveliest of lazy weekends. We are in the grip of another polar vortex and being outside entails wrapping one’s face. I thought it might be an opportunity to spend some quality time with the Territorial Seed catalogue! 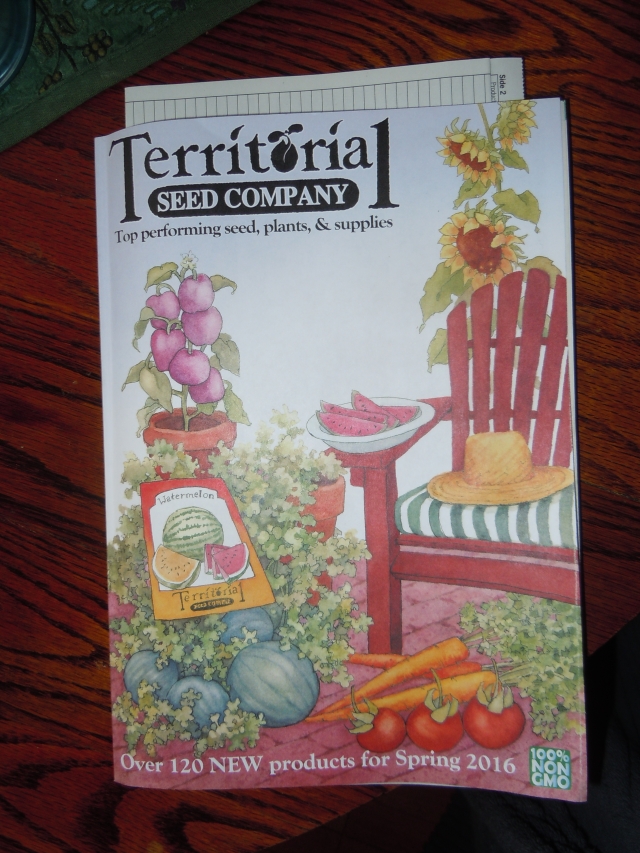 Doesn’t this just make you want to plant the best garden ever?

Other people have begun talking about starting seeds in their house and the community garden is having its meeting this Wednesday to set forth the rules of the season and collect fees. It will be nice to see everyone again after a few months off. 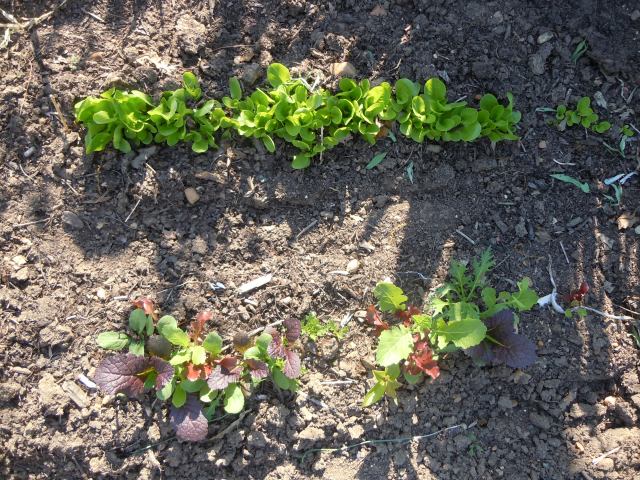 We have a long enough growing season that I rarely start seeds inside.

Seed catalogues are such receptacles for garden fantasy. I try not to get too caught up in the cool tools, trellises, row covers, mini-greenhouses and assorted other offerings. Occasionally, I do see something that looks really useful and snatch it up. 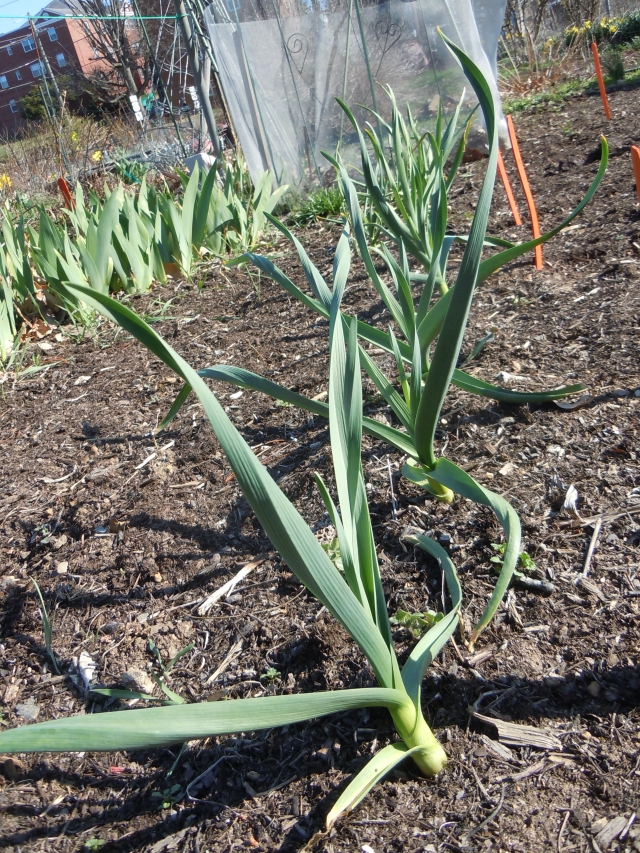 I hope the garlic weathered the 20 inches of snow so that it looks like this come May.

I have only made one pass through the catalogue and marked those things I want, mostly seeds. I will also be purchasing some plants this year. 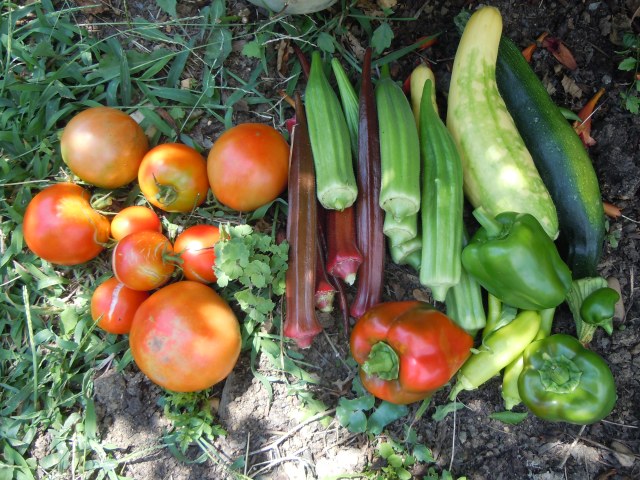 Ah, I’ll be getting seeds for okra, among other things.

Tomatoes are a continuing disappointment to me, as the ones that survive various diseases and fungal wilts are either tasteless or tart. Territorial Seed, and others have now begun to offer heirloom tomatoes, such as Brandywine and Cherokee Purple grafted onto resistant root stock. I plan to buy one each of those mentioned and a San Marzano as well. 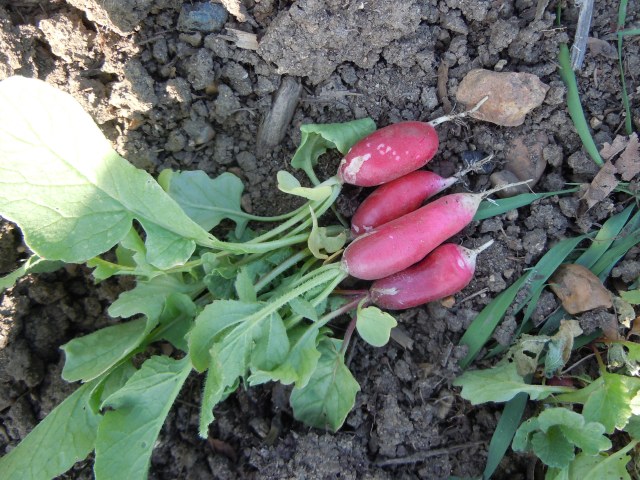 Fresh radishes! In a salad of fresh greens!

I also noted that they sold eggplants and plan to buy a few different kinds of those. One was noted as coming back strongly from attacks of flea beetle. I noted that one on the plant form immediately. I was also looking for eggplant that set fruit in a shorter time. 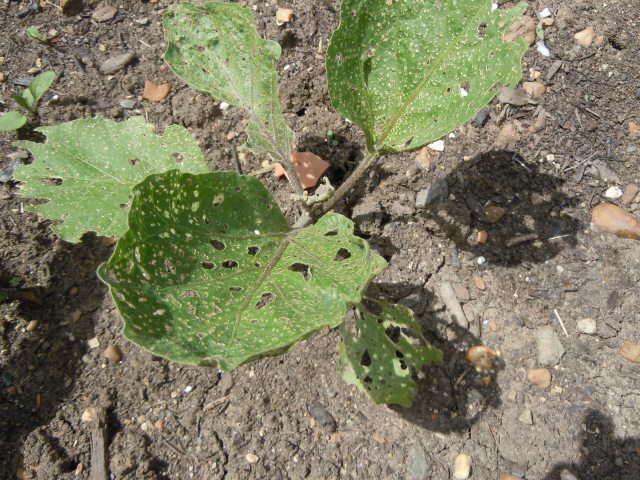 An eggplant ravaged by flea beetle…

I will buy cucumber seed again, as I and everyone in my family love bread and butter pickles and I have a great recipe. 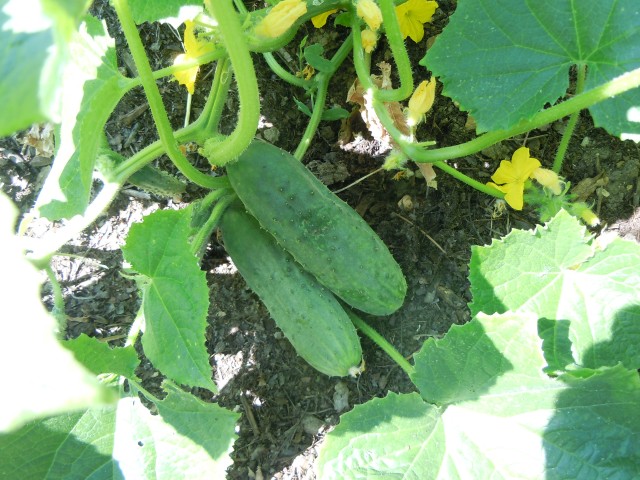 I’m planting lettuces and radishes again, and looking for some prolific pole beans. My favorites, Kentucky Wonder and Blue Lake, have not done well the past few years.

As I looked through the catalogue, I thought about what grows well and what I haven’t had luck with. I also thought about what I’d like to pickle and can if I have a good year. There’s nothing like going to your own pantry and pulling last summer out of it! 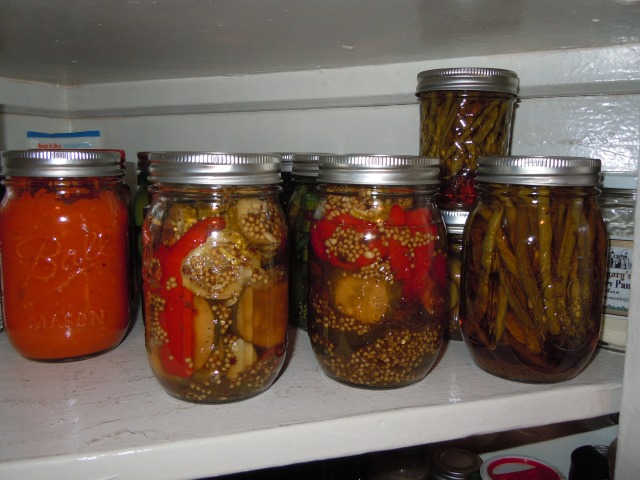 Lest you think I lolled about all day with a seed catalogue, I also did some cooking. Among other things, I was out of granola and tried a new recipe. I think, given the results, I will experiment some more with it to make it a bit less sweet. This is the first time I got good browning and clumping, though, and I think it was due to the milk powder. I’d never seen that called for. In any event it will be delicious this week with plain yogurt for breakfast. 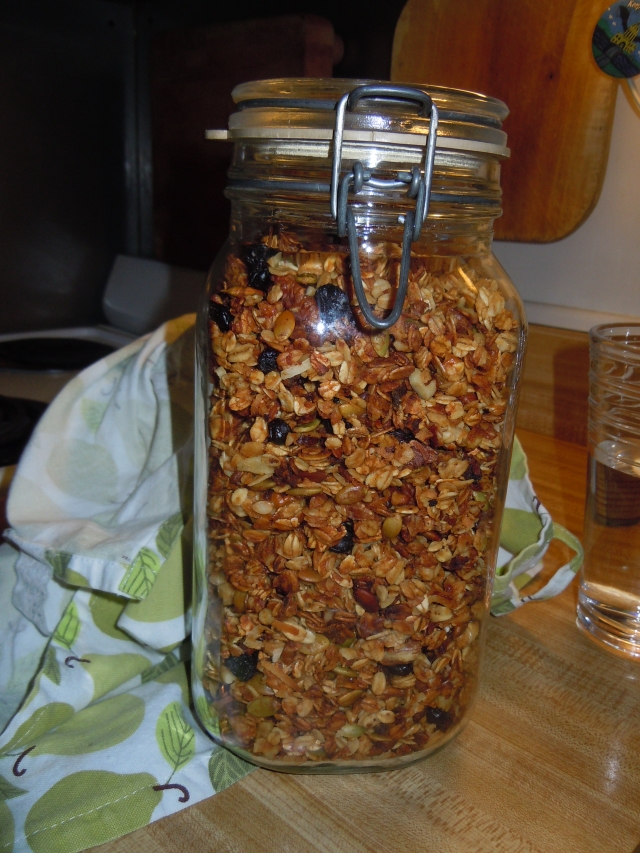 Does that look good or what? And so much less sugar and fat when you make it yourself!