Yesterday morning, I opened the shades and saw two beautiful blue jays. I think they are a mating pair. You can’t tell with blue jays as the female looks no different from the male. Today I caught one of them outside the window in a variety of poses. I think it is a beautiful bird.

It’s only the photo that makes it look as though the bird were turning like a model to display its finery.

It had business to attend to. 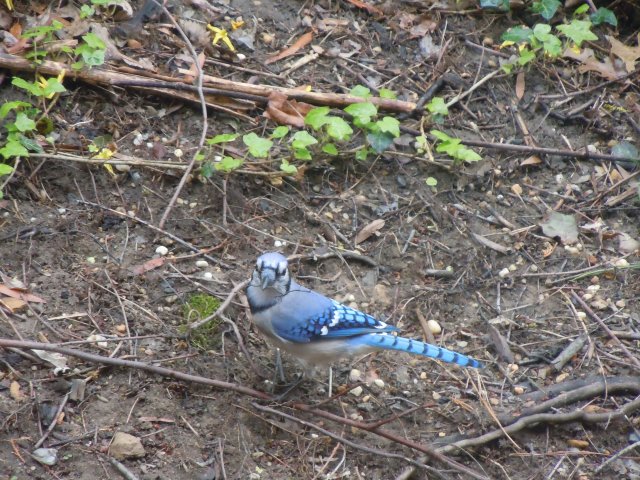 Which just might have included getting some nesting materials.

We had a bit of rain and lots of clouds today, so I avoided the garden and concentrated on cleaning the house, which didn’t happen last weekend, and getting groceries. After that, while the laundry was in and before dinner was started, I took a blossom walk. 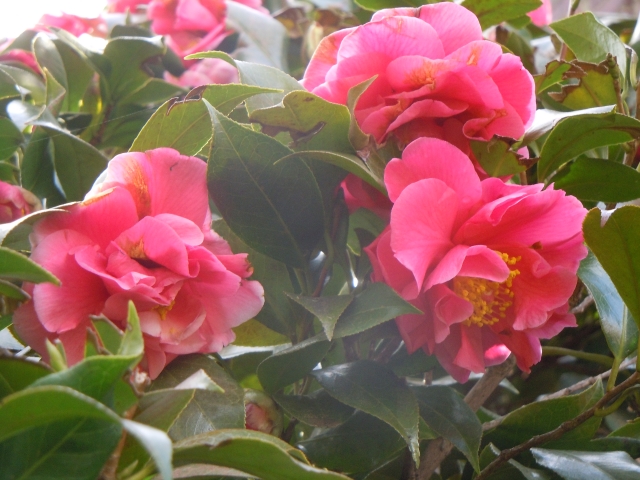 The squirrels like these. Sometimes you see one running toward a tree with a blossom in its mouth.

It had cleared a bit, with fast moving clouds, so sometimes there was blue sky and sun. Everywhere there was evidence of spring. The magnolias are about done, but the redbud and the dogwood are competing once more in colorful flourishes. 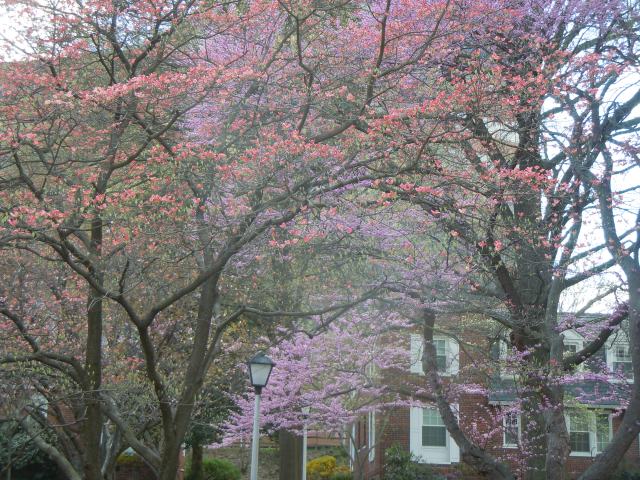 There are violets in the grass.

Mostly these are violet, but some are white and there are a few yellow ones.

Periwinkle, or vinca, have blossomed all winter, but are really coming on now.

Some of the azaleas also blossomed all winter.

Other varieties are getting ready to bloom. 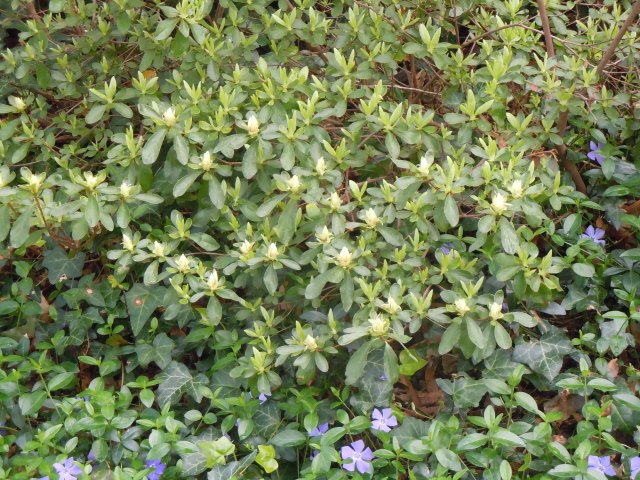 The standard bulb flowers are showing their colors and form and the furled leaves of the lily of the valley are rising from the ground as well. 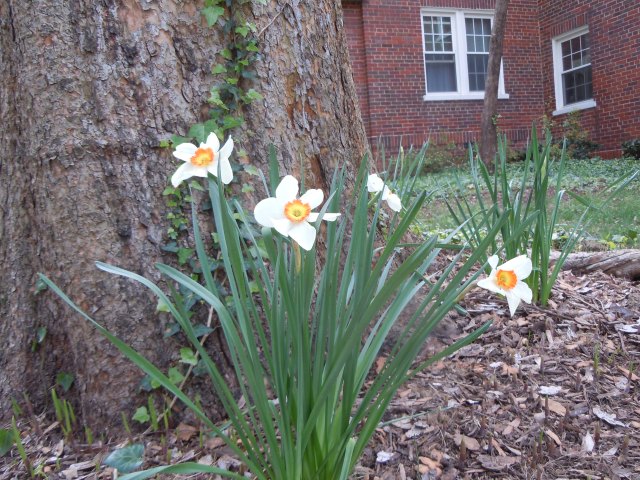 Outside my bedroom window, the forsythia are riotous. 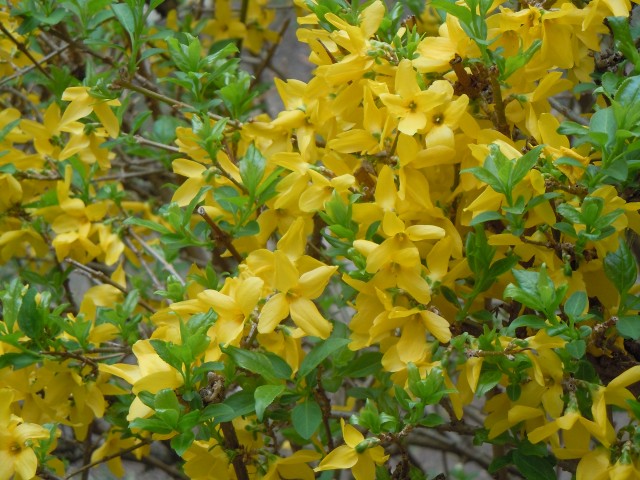 And there are white dogwood as well in the courtyard, but they always run a bit behind the pink variety.

Of course, the yoshino cherries have blossomed and are now shooting out leaves with some abandon.

Years ago, I described a tree to my father over the phone to see if he could identify it. He said, “Sounds like a Catalpa. It has spectacular blossoms in the spring. Did you notice those?” I responded that everything was pretty spectacular here in the spring. I still think that. And it’s only just starting.

57 Responses to Blue Jays and Blossoms