Have I Mentioned It’s Hot?

Today Jane and Dani showed up at 8:00 am to weed the gardens and it was steamy even by then. It has only been dropping into the mid and upper seventies overnight, so you can get some idea of the heat during the day. The air is so hot, it reminds me of standing near a bonfire.  We were able to harvest squash and tomatoes and cucumbers and Ben came by just in time to take them to the farmer’s market for AFAC pick up. 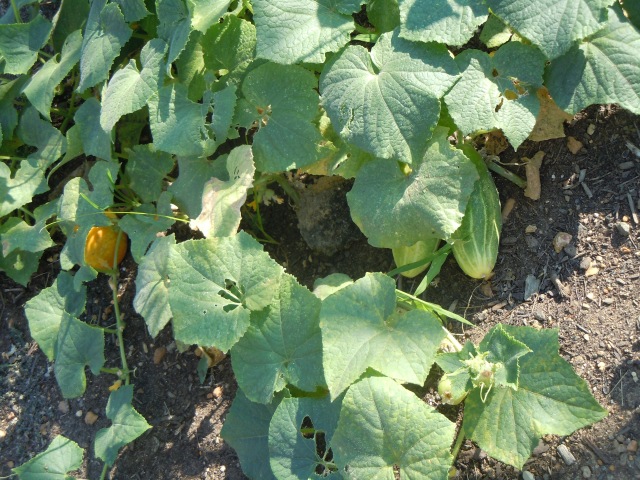 Three little cucumbers hiding in the shade…Note the lemon cucumber on the left (it’s yellow).

The small garden has lots of tomatoes and the large garden has squash and cucumbers. The rabbits have been eating the bean plants so that has been one of the many failures of the garden this year. 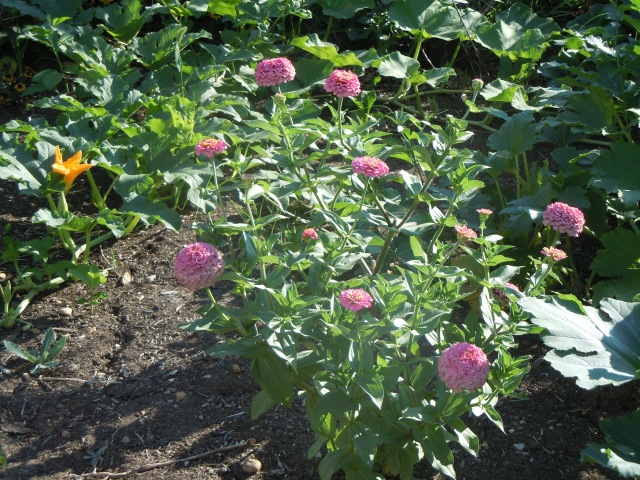 At least we have some flowers to cheer us!

Honestly, I am pretty discouraged. I can’t remember a worse year in the garden, though one is lurking deep in my repressed memory bank. Something ate the Butternut squash I have been documenting in the past few weeks. 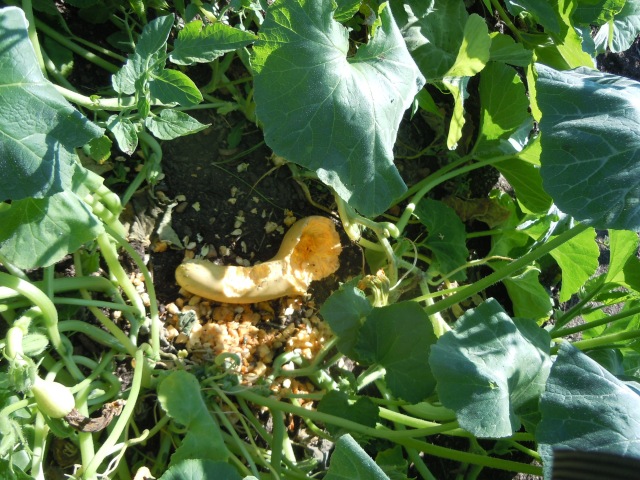 Ack. A squashicide. So disappointing.

And something got under the bird netting to eat both Brandywines I had hoped to harvest. 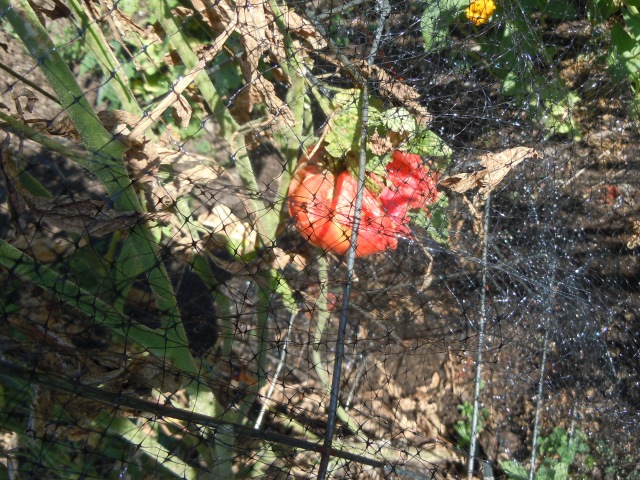 And something is attacking the peppers already. 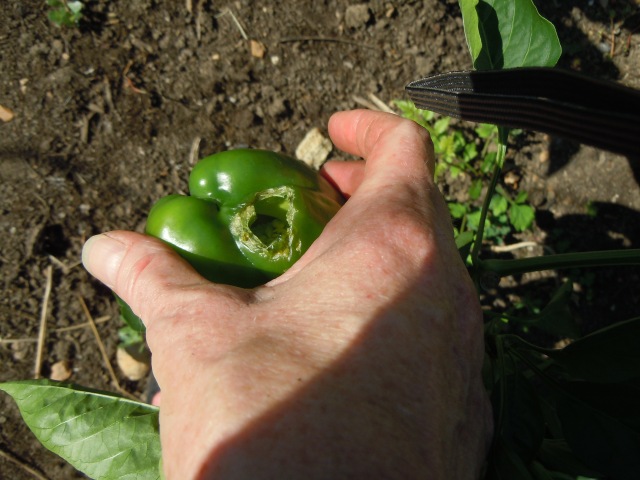 I have learned it may very well be rats. When the fencing was replaced (another nightmare) many of the rat traps were apparently taken away. In addition, a new construction site a few blocks away has run the rats from their homes and they seem to have decided our community garden is Shangri-la. I think our County extension agent knows about it and is working to get us some more rat traps (those black plastic things which are apparently full of deadly food). 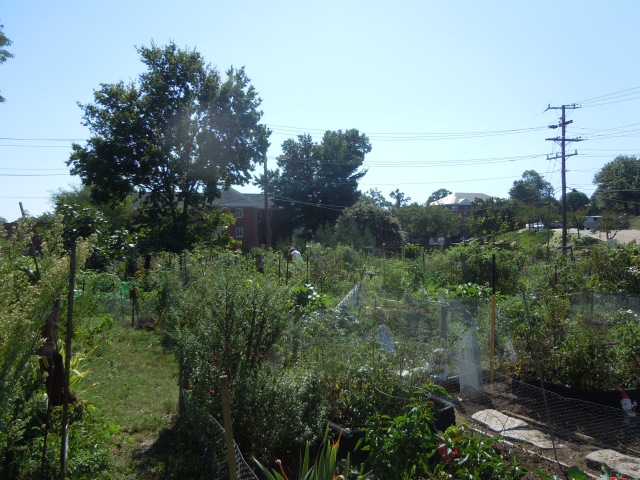 Is anyone here doing well? It looks green…

I do have more squash coming on, but if they’re all going to be eaten, well, ugh. In desperation I started looking around the garden for something to make me feel better about feeding the wildlife rather than myself. 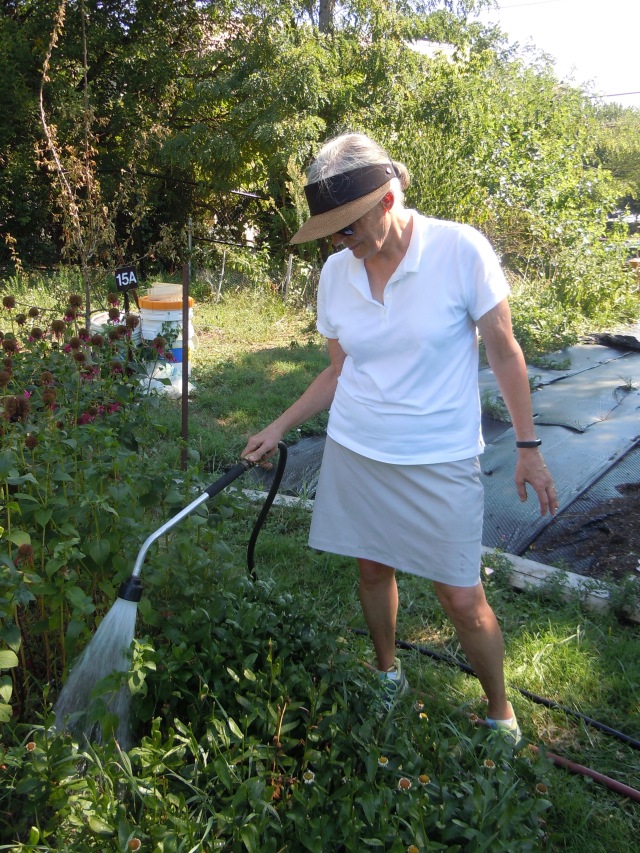 Now she looks cool, but I can assure you neither of us was.

I saw Mary in her garden watering. Because of her location, she has a bit of early morning shade and it was nice over there. 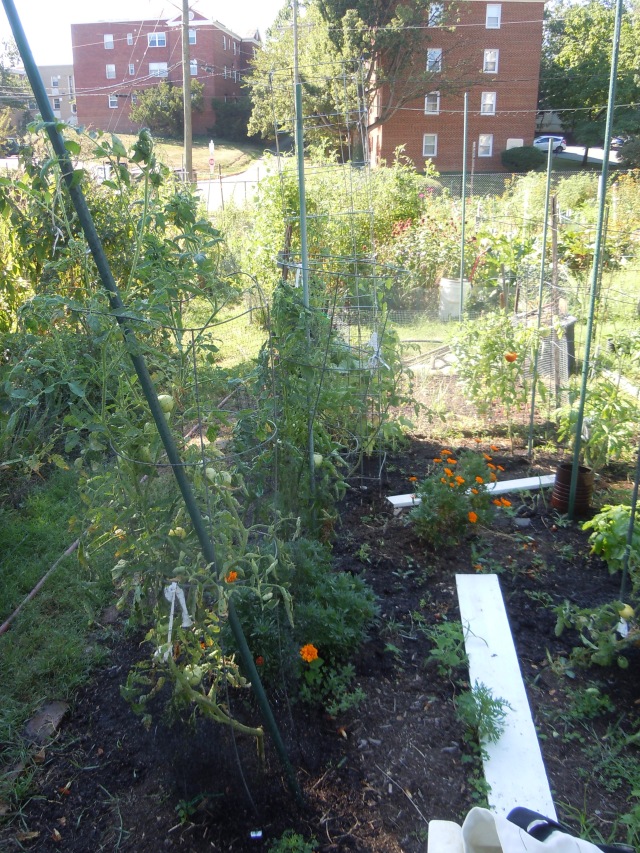 She had also picked flowers, herbs and tomatoes. 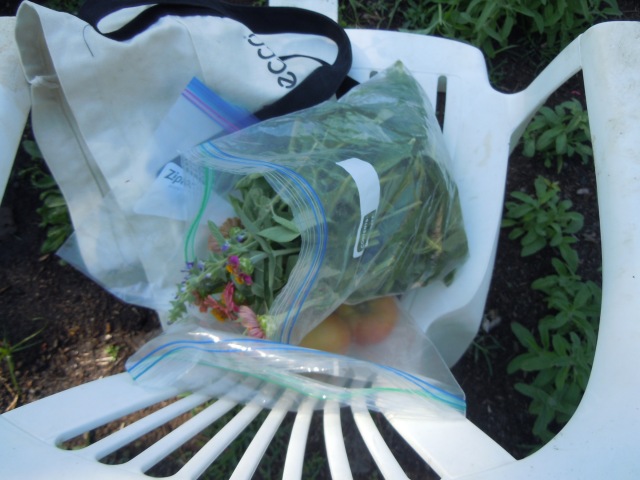 Last year, she planted rye grass as a winter cover crop and really liked the result. This year, she is trying buckwheat. I took some pictures of her sprouts. 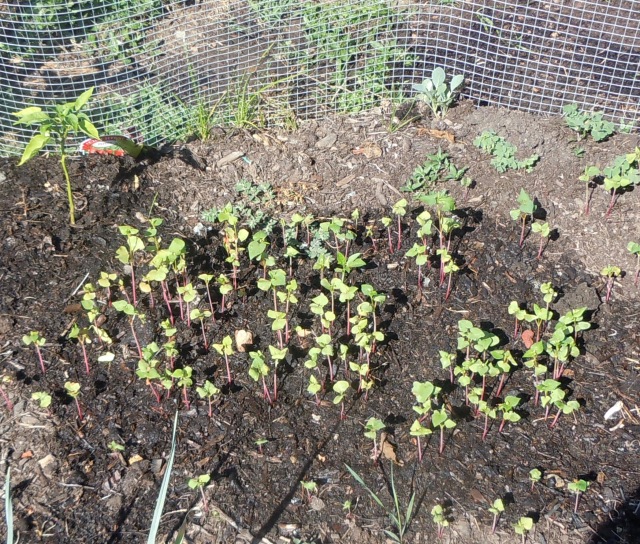 And I admired one of the two fig trees we have in the garden, loaded with tiny fruits, and then left, feeling a little bit better. 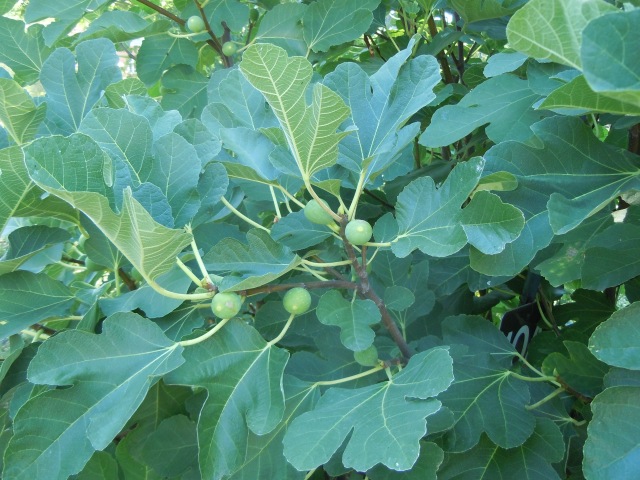 This tree is loaded with figs.

53 Responses to Have I Mentioned It’s Hot?