I went to the garden today with the intention of staying for a couple hours to plant the sidewalk border.  My fellow gardener, Mary, had done weeding and mulched in most of the stretch.  I spent some time adding mulch and weeding a few extra plants out, then planted a selection of Didiscus, wildflower seeds and Gaillardia.  I threw in some zinnias as well.  If you follow this blog, you’ll know I usually have zinnias in profusion. I tried to add some blue colors to the flowers this year, as last year, the bouquets were all quite hot in the way of color.

Lots of seeds planted in hopes it rains as predicted; cold frame removed.

Then I worked a bit in the large garden (where someone had planted some raspberry canes).  The asparagus has not emerged, but lots of flowers have.  I moved to my garden, where I attacked the Jerusalem artichokes.  I like these, but my goodness they do try to take over.  And while the roots are tasty, they’re a bit more trouble than they’re worth. Once I got them out, I planted more seeds. Some were flowers.  I decided to plant my eggplants between two rows of tiger eye marigolds.  I’m hoping they will ward off the pests.

So, cherry blossoms are all over. And they are lovely and smell like cherry Lifesavers…spring brings a whole variety of perfumes wafting through the air.

I also planted Broccoli raab, parsley, and a heat resistant lettuce.  Since nothing had come up yet in the cold frame, I removed it for summer storage. By next week, I should have a crop of spinach under the row cover.  The lettuce is coming along nicely too. Down one side of the garden, I weeded assiduously and planted kale, chard, cutting celery and Tango celery.  Cutting celery has a habit much like parsley, but tastes like celery and Tango is a cultivar that is smaller than the average celery and much easier to grow.  Reportedly. I don’t know, but I have bought it at farm markets and liked it.  I also put my beans in.  We’ll see if the enclosure is effective.

I did get a leek from the garden. It wintered over. I will be eating it tomorrow.

I was in the garden for five hours and managed to get sunburned.  I never expected to be there that long, but one thing leads to another.  It’s nice to be in there and see things coming out again. Spring has sprung, in spite of relatively chilly temperatures (though not today–it was in the 80s). The columbine (aquilegia) are about ready to bloom. 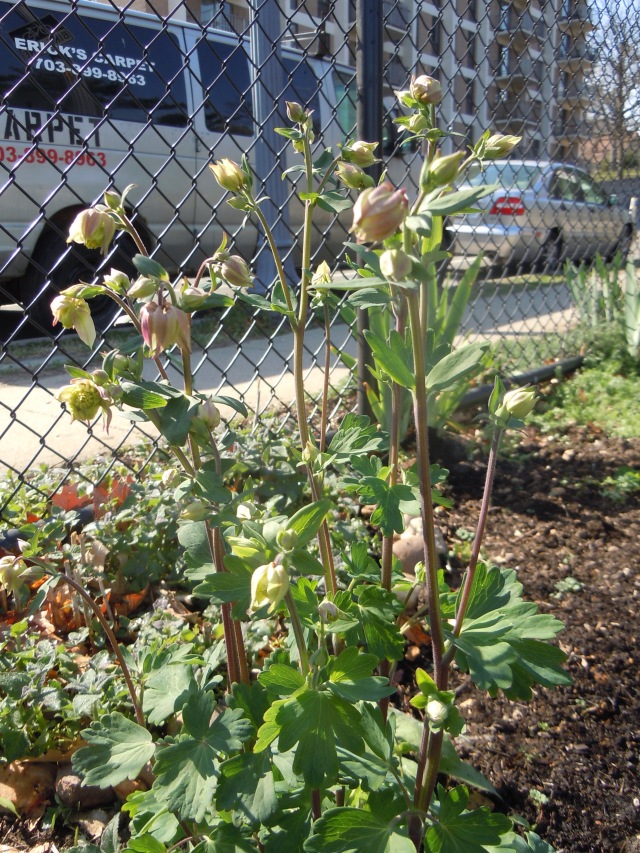 I do love these.

The oregano is making a comeback.

As is the sage.

The iris are looking very happy, 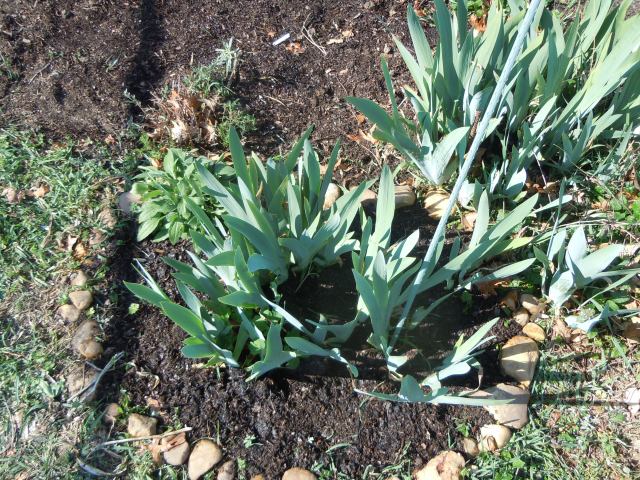 And all manner of trees are in bloom.

The redbuds are among my favorites.

This is worse than last week. You can compare…

I’m so glad I live in the south. 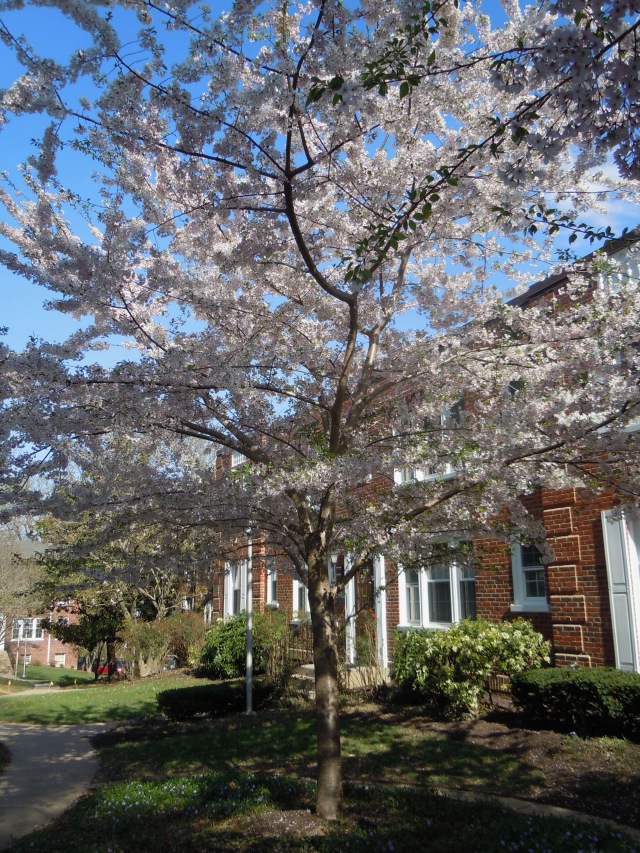 34 Responses to Spring Strides Out