Posted on September 9, 2018 by arlingwoman

Well, I didn’t write after the beach, but we had a great time there.  It was HOT, the kind of hot that’s wonderful with a breeze and 69 degree water to wade out into.  I love floating out in the ocean, bobbing up over waves.  It’s very relaxing and invigorating at the same time. 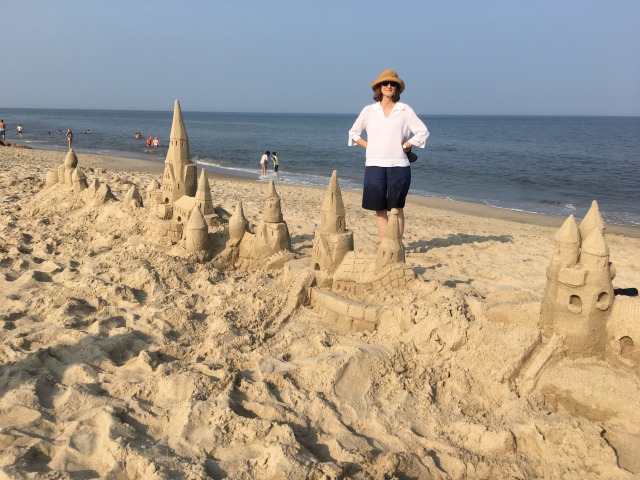 Do you believe this sand castle? Some man’s family built it for his 80th birthday!

I did take pictures of the garden last weekend after I did a late summer clean up.  I had shorn the oregano in late August and look at it!! It’s back for a fall cutting. 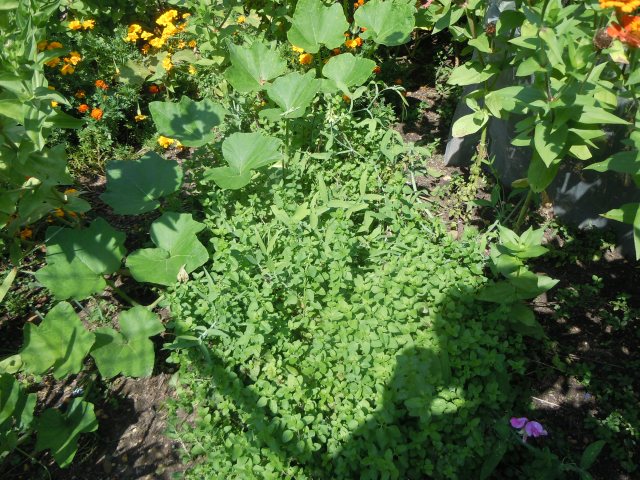 It smells so lovely, oregano.

And it seems to have adopted a winter squash. 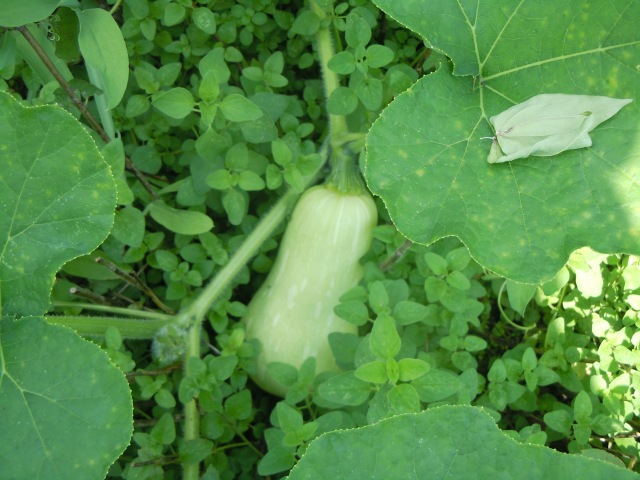 A fine bed to rest and grow on!

The basil made a recovery after a heavy rain, but they really want to blossom, and at this point, I may have to let them go to seed.  But not before another couple batches of pesto… 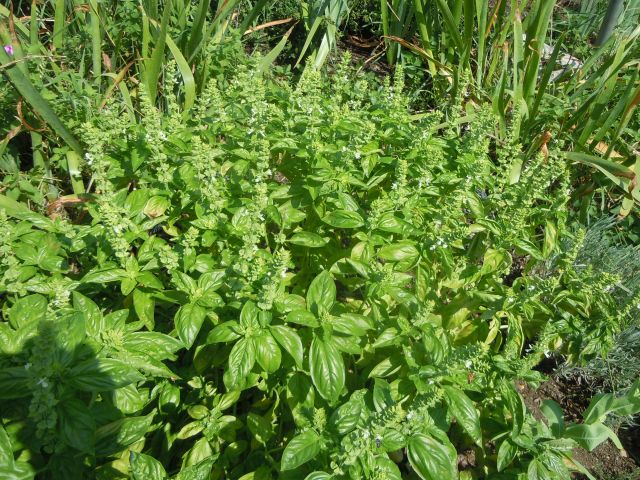 I pinched most of the blooms off, but it never does much good.

The tomatoes are still coming on, as are the okra pods.  I will also be having a few more eggplants, I think, not to mention lots of peppers. 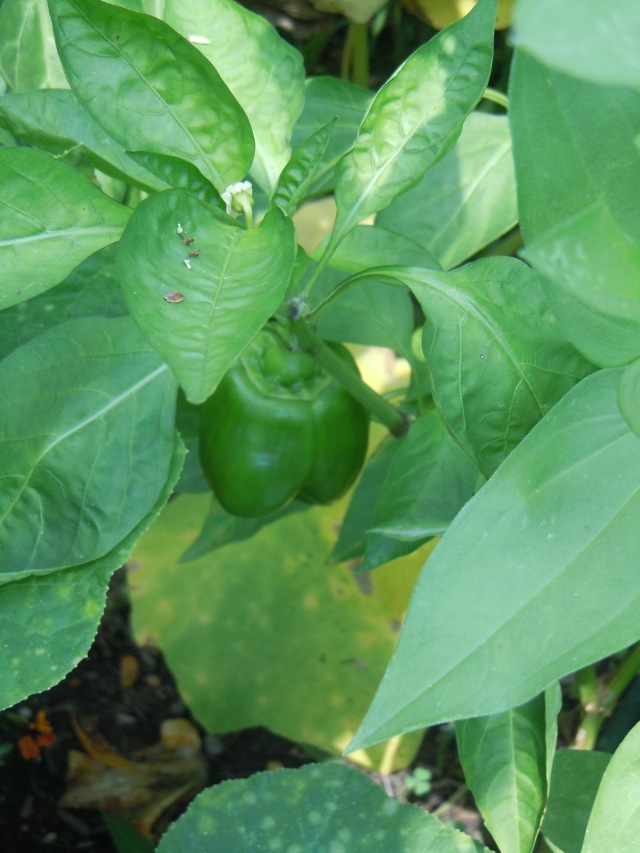 The zinnias are crazily beautiful as usual with birds and butterflies flitting in and out of them. More butterflies in mid-day and more birds in late afternoon. 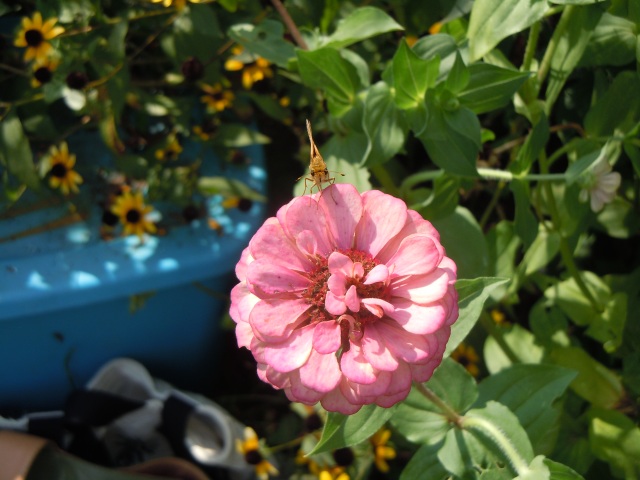 There are cabbage whites, fritillaries, and swallowtails most commonly, though I saw a viceroy, but was unable to get a clear picture because it kept flitting. 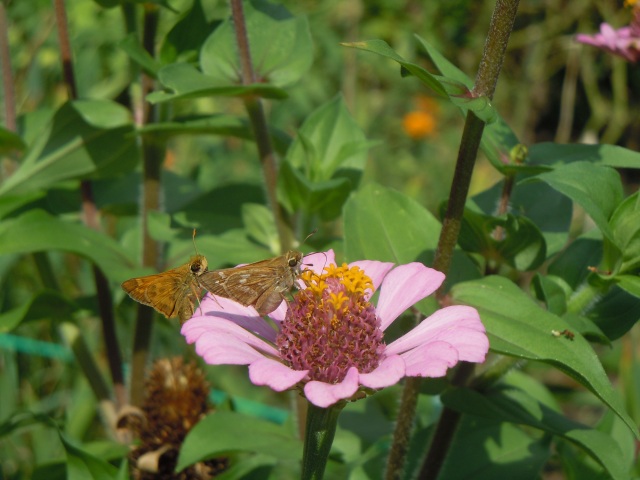 I think the smaller of these is a meadow fritillary and the larger one may be a variegated fritillary. But, I’m better with bird and plant ID…

So it’s late summer in the garden, heading toward fall.  It’s been a pretty good season.  I should have pulled the pole beans out, but given we have a hurricane coming, I didn’t. Sometimes great lashings of rain for days on end make the beans recover and give a few more meals.  Hope springs eternal. 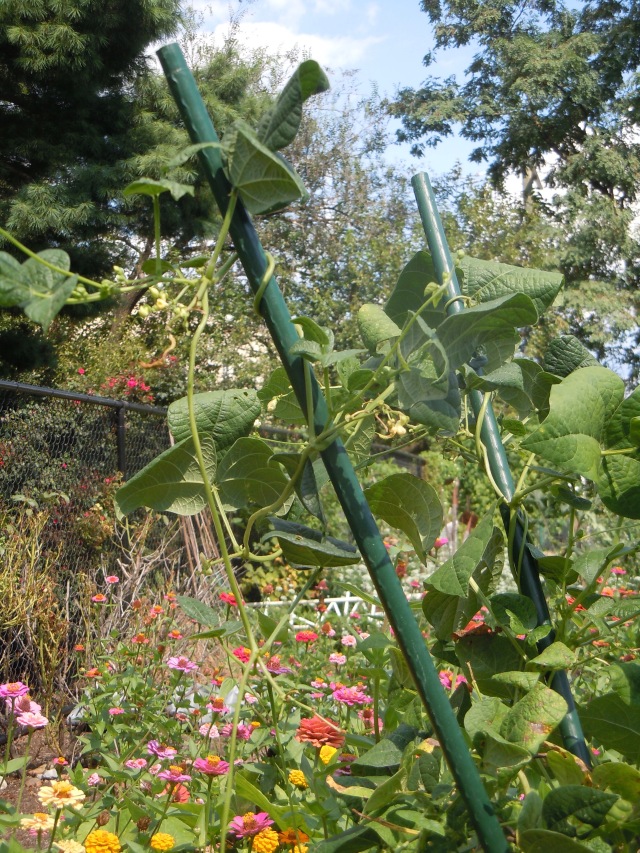 So there are actually blossoms, but it’s getting late in the year for many more beans.